Josh McDaniels was born and raised in Walla Walla and at an early age fell in love with the wine industry. In fact, he started his own winery during high school. It was here in Walla Walla at the Leonetti Cellar where he first toiled with and witnessed the hard work and beauty that goes into creating a premium wine. The wine industry captivated him from both an entrepreneurial and wine standpoint and prompted his formal education from the Institute of Enology and Viticulture in Walla Walla while, at the same time, continuing to work under his long- time mentor, Chris Figgins of Leonetti. To further his education, Josh took extension courses through Washington State University and U.C. Davis and also interned in Argentina at Paul Hobbs’ Vina Cobos Winery.

Josh has been named a "Game Changer of Washington Wine", a "Washington Prodigy", and a "Top 40 Under 40 Tastemakers of America" from Wine Enthusiast magazine. He has served on a number of non- profit boards, including as the former Board President of the Walla Walla Valley Wine Alliance. Josh lives in Walla Walla with his Wife, Kim, and their three children. 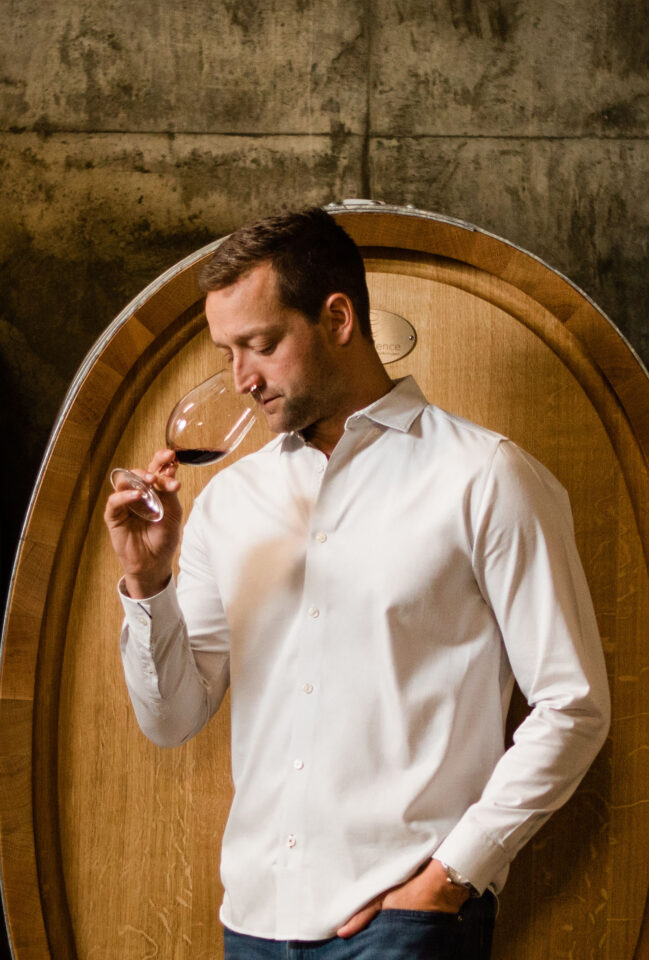 Josh and his Wife, Kim at McQueen vineyard