During his 14 year career, Drew had his eyes set on a post-game plan. Upon his retirement in 2007, he returned to his hometown, Walla Walla, to plant his original estate vineyard, McQueen, on the southern end of the Walla Walla Valley AVA. In 2008, Drew and his wife, Maura, launched Doubleback as an estate-focused winery with the goal to produce world-class cabernet sauvignon—the winery’s name a reference to his return back home. His very first vintage was named a Wine Spectator Top 100 Wine of the World. To make his dream a reality, Drew hired Josh McDaniels away from Figgins Family Wine Estates, who is his CEO & Director of Winemaking to this day.

Drew played in four Pro Bowls, is in the Patriots Hall of Fame, and was in the top 10 overall for a number of QB statistics upon his retirement. Today Drew and Maura have four children, and happily reside in the Northwest. 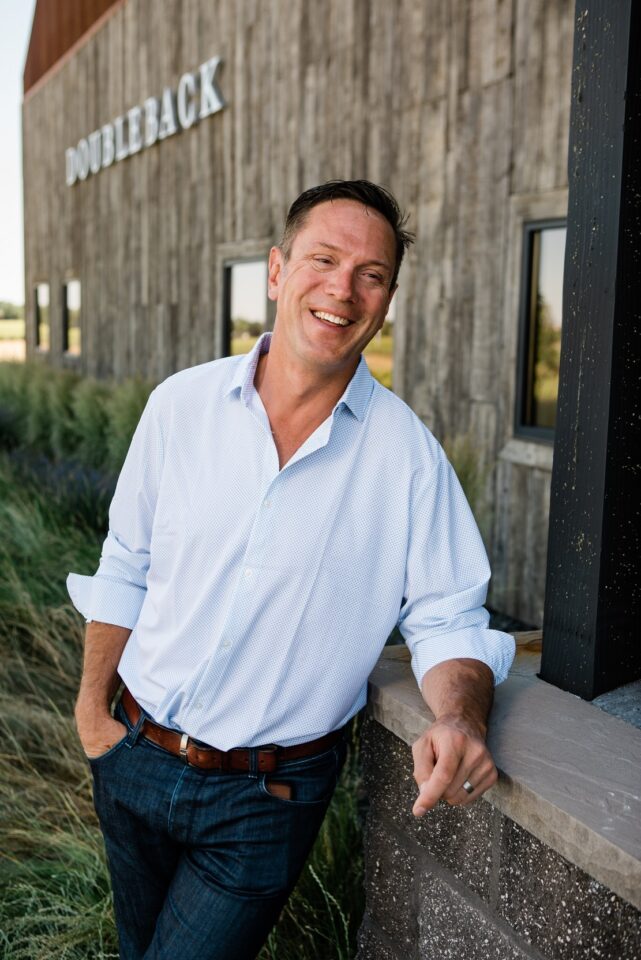 Drew and Maura at the Flying B Estate vineyard